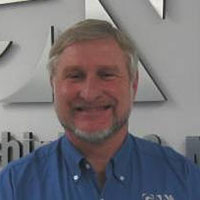 Scott Geater is the president and second generation owner of Geater Machining & Manufacturing. 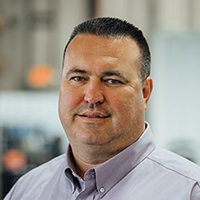 Joe Meier was appointed Chief Executive Officer in July 2018. He joined the Geater team in 2005 as Machining Manager, holding the position for a year before becoming the Plant Manager. He was promoted to the Vice President of Operations in 2011. He has spent 30 plus years in the field of manufacturing. Joe is a graduate of Upper Iowa University where he earned his Bachelor’s degree in Business.

Joe is a member of Geater’s Advisory Board, Executive Management Team and Senior Leadership Team. He is also a member of CIRAS, (Center for Industrial Research and Services) of Iowa State Extension’s advisory committee, has served on the Manufacturing Technology Advisory Board at the University of Northern Iowa and sits on several other company boards.

He and his wife Nanci have two grown sons, Bryce and Jordan, and a granddaughter, Graceyn. Joe enjoys outdoor activities including golf, fishing, hunting, and riding his Harley. 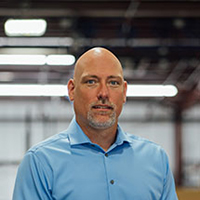 Dan Heller joined Geater in 2011 as the Operations Manager.  He became the Plant Manager and was later promoted to Vice President of Operations in 2018.  Dan serves on the Executive Management and Senior Leadership Teams.  Dan has over 25 years of comprehensive manufacturing experience.

Dan is a graduate of Upper Iowa University, with a master’s degree and a bachelor’s degree Business Administration. Dan’s focus is in improving manufacturing methods and the implementation of lean manufacturing processes throughout Geater. 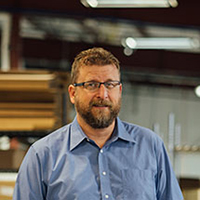 V.P. of Engineering and I.T.

John Miller has been with Geater since 2007 and currently serves as the Vice President of Engineering and Technology. John has filled various rolls from Quality Manager, Process Improvement Manager and Information Technology Manager throughout his time at Geater.  John brings with him over 20 years’ experience in various aerospace manufacturing roles from process engineering, industrial engineer, lean facilitation, supply chain quality, and design quality.  He graduated from Iowa State University with a Bachelor’s degree in Industrial Technology and earned his master’s degree in Business Administration from the University of Iowa. John is a member Executive Management and Senior Leadership teams. 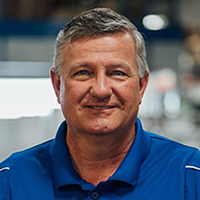 Mark Vermillion joined Geater in 2011 as the National Sales and Marketing Manager and was promoted to Vice President of Sales in 2018. He serves on the Executive Management and Senior Leadership teams. Mark has 30 years of experience in sales and sales management in a variety of industrial sectors.

Mark graduated from Bowling Green State University with a bachelor’s degree in Industrial Education and Technology.  He is involved with his local community coaching soccer and enjoys fishing and woodworking. 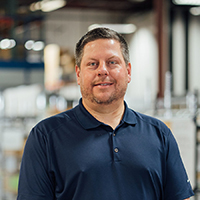 Tyler Sturtz was named the Chief Financial Officer in 2017, after previously serving as the Controller since 2013.  Tyler brings over 18 years of progressive financial and leadership experience.  He is a graduate of the University of Iowa with a Bachelor of Business Administration in Accounting.  In addition, he earned his master’s degree in Business Administration from the University of Iowa Tippie School of Management.  Tyler is a member of the Executive Management and Senior Leadership teams. 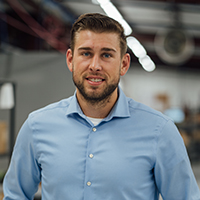 Landon Geater graduated from the University of Northern Iowa in 2011 with his bachelor’s degree in Business Management.  Shortly after, he joined the Geater team and has since held various Quality, Engineering, and management roles, leading to his current position as the Finishing Operations Manager and member of the Senior Leadership team.  In 2017, he received a master’s degree in Business Administration from University of Upper Iowa.

Landon is a believer in continuous improvement and being a lifelong learner. He serves as a member of the Senior Leadership Team and an Advisory Board Member of the University of Upper Iowa. Landon enjoys the outdoors and is an endurance sports enthusiast. 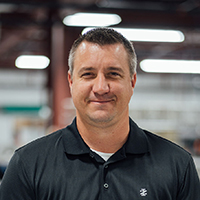 Brian Kaeppel started with Geater in February of 2008 as Sheet Metal Project Engineer.  In 2009, he was promoted to Sheet Metal Engineering Manager and is a member of the Senior Leadership team.  Brian has 27 years of experience in sheet metal fabrication, quoting, and engineering.

Brian is involved in his local community and enjoys boating, hunting, and shooting firearms. 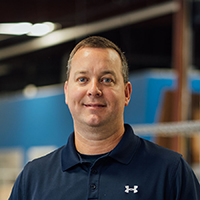 Erik Bohlken started with Geater in June of 2002 as the Production Scheduler.  In 2004, he moved in to an Engineering position, and is currently the Machining Engineering Manager.

Erik earned a bachelor’s degree in Technology from the University of Northern Iowa and is a member of the Senior Leadership team.

Erik has served on the Board of Directors for the Independence Area Dollars for Scholars since 2009, and he is currently the President of the organization.

Previously, Erik served on the Board of Directors for the Independence Chamber of Commerce and as an Advisory Board Member for the Manufacturing Technology and Technology Management programs at the University of Northern Iowa. 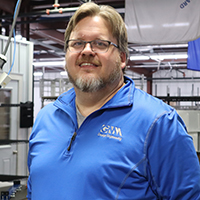 Craig Henningsen started at Geater in 2005, focused in the design of tooling and automation. Craig began his career at Geater as a Sales Engineer, where he was instrumental in bringing on Crystal Group as a valued customer. In 2007, he became a Machining Engineer, specializing in designing fixtures and improving processes. In 2015, Craig was named the Design Engineering Manager, serving on the Senior Leadership team and leading a talented group of Design and Manufacturing Engineers. 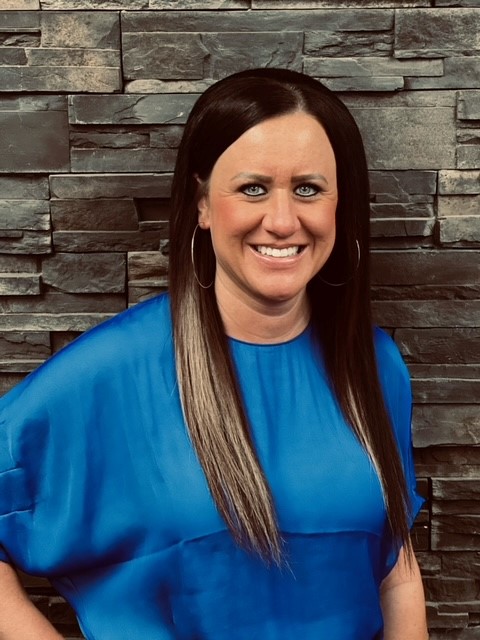 Carrie Mattson is the Human Resources Manager with more than 10 years of experience. Her areas of expertise include management; staff development; and recruiting. Carrie is a member of the Senior Leadership team.

She is a graduate of the Upper Iowa University, with a master’s degree in Business Administration and a bachelor’s degree in Psychology. 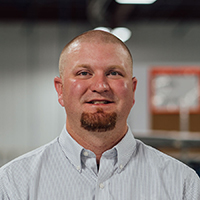 Dan Leonard joined Geater in 2005 as a machinist while attending Hawkeye Community College.  Dan has held many roles in his tenure at Geater, including: CNC Programmer, 2nd Shift Machining Supervisor and Machining Department Manager.  In 2017, Dan was promoted to the Manufacturing Operations Manager role.  He currently is part of the Senior Leadership team.

Dan is currently attending Upper Iowa University for a bachelor’s degree in Business Management with an anticipated graduation date in 2021. Dan enjoys outdoor activities including golf, hunting and snowmobiling.