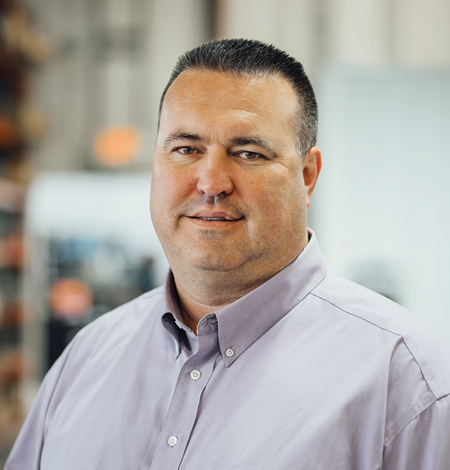 Joe Meier takes over as CEO for the Independence-based company

Meier, vice president of operations at Geater, has been groomed to take over as CEO as part of Geater’s succession plan to replace former CEO Jerry Bitterman at retirement. The transition became official May 25, when Bitterman’s resignation took effect.

“I want to thank Jerry for his 34 years of service, loyalty and dedication to Geater. He should be very proud of his accomplishments and the legacy he has left at Geater and we wish him the best in retirement,” said Scott Geater, the company’s president. “I’m also pleased to promote Joe Meier to lead Geater through the next chapter of our growth strategy.”

Geater supplies precision machining, sheet metal fabrication, assembly and finishing operations for aerospace, electronics and other high-tech companies. Meier joined Geater in 2005 as the machining manager and was promoted to plant manager in 2006. In 2011, he was appointed vice president of operations.

“Joe is extremely knowledgeable in every facet of the company and is very forward-thinking in his business and leadership approach,” continued Geater. “Joe’s been a member of our executive management team and has led operations for years—this will be a seamless transition for our customers. We’re confident that Joe and his leadership team will well-position Geater for continued growth and success into the future.”

Meier has been a member of Geater’s advisory board for 12 years and has been serving as the Champion of the Operational Excellence track of Geater’s Lean Enterprise System. He’s been a member of the Center for Industrial Research and Services of Iowa State Extension’s advisory committee and is on the Manufacturing Technology Advisory Board at the University of Northern Iowa.

“Geater has always been synonymous with quality and delivery and that will not change,” Meier said, before noting two areas of focus.

“Our employees and customers are everything,” he said. “A dedicated focus to employee development, fostering teamwork and continuing to focus on technology will be keys to delivering quality for our customers and adding new industrial markets to our portfolio.”

When Meier began at Geater, there were less than 90 employees. Geater now employs approximately 400 people and has gone through two facility expansions since 2012. Annual revenue has increased fivefold over that span.

Meier noted that the company’s student outreach program will continue to be an important component for Geater, in its efforts to grow the area’s manufacturing workforce.

“We want to continue to educate and create excitement among our area’s young people about careers in manufacturing,” he said. “The manufacturing sector provides great jobs, and manufacturers are an asset to the communities in which they operate.”

The company services more than 50 high-tech customers, including its largest customer, Rockwell Collins, in Cedar Rapids.

“Our dedication to our current customers will not change while we continue to diversify,” Meier said.